The Breadth Study: 1C The Tudors: Students are immersed into the Early Modern Period where they will study The Tudor Dynasty, starting in 1485 with Henry VII and finishing with the death of Elizabeth I in 1603.

Students explore how Henry VII acquired and secured the English throne; how he consolidated his dynasty through foreign policy, his relationship with the English nobility and the methods he employed to strengthen the English economy. Comparisons are then drawn between father and son in terms of dynastic security, character and personality before students move onto discover the prominent figures guiding Henry VIII (his chief ministers – Cardinal Wolsey and Thomas Cromwell in particular), the Reformation and Henry VIII’s quest for a son to secure the Tudor succession. Year 13 starts with Edward VI’s short reign of 6 years followed by Mary Tudor, aka Bloody Mary, with a specific focus on the Mid Tudor Period and the Counter-Reformation. On Mary’s death in 1558 and Elizabeth I’s succession, students revisit the same recurring themes namely foreign policy, consolidation of power, religion, society, government and the economy.

This option provides for the study of a period of German history during which a newly-developed democratic form of government gave way to a dictatorial Nazi regime. In Year 12, students explore the Weimar Republic, 1918–1933: The Establishment and early years of Weimar, 1918–1924, The ‘Golden Age’ of the Weimar Republic, 1924–1928 and The Collapse of Democracy, 1928–1933. In Year 13, students start with Hitler’s consolidation of power in January 1933, the Terror State, resistance and opposition, Nazi society and the economy. Students are then exposed to the Nazi radicalisation of the State with a focus on Nazi racial ideology, the ‘undesirables’, anti-Semitism and policies towards the disabled and mentally ill. At the end of the course, students learn about the impact of WWII on German society, the Final Solution and The Holocaust.

The A-level also requires students to complete a Non-Examined Assessment (the NEA) of a historical period of their choosing. We offer expertise in Revolutions (either Russian or French).

A-level History is a demanding course. Wider reading around the subject is required to attain the higher grades. Good literacy skills (reading, extended writing) in addition to being able to analyse and evaluate are essential. Independent study is required, especially in broadening knowledge and gaining an overview of the historical periods. Students are expected to read books in addition to watching relevant historical documentaries and films such as Wolf Hall, Elizabeth, Schindler’s List, Hitler: The Rise of Evil and The Pianist.

Where Does it Lead?

A-level History is a ‘facilitating’ subject which means that it is preferred by universities to get onto a range of degree courses. A-level History can lead to a career in journalism, teaching, law, the civil service and librarianship to name but a few. 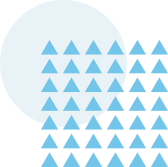 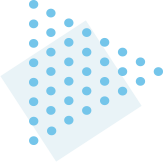