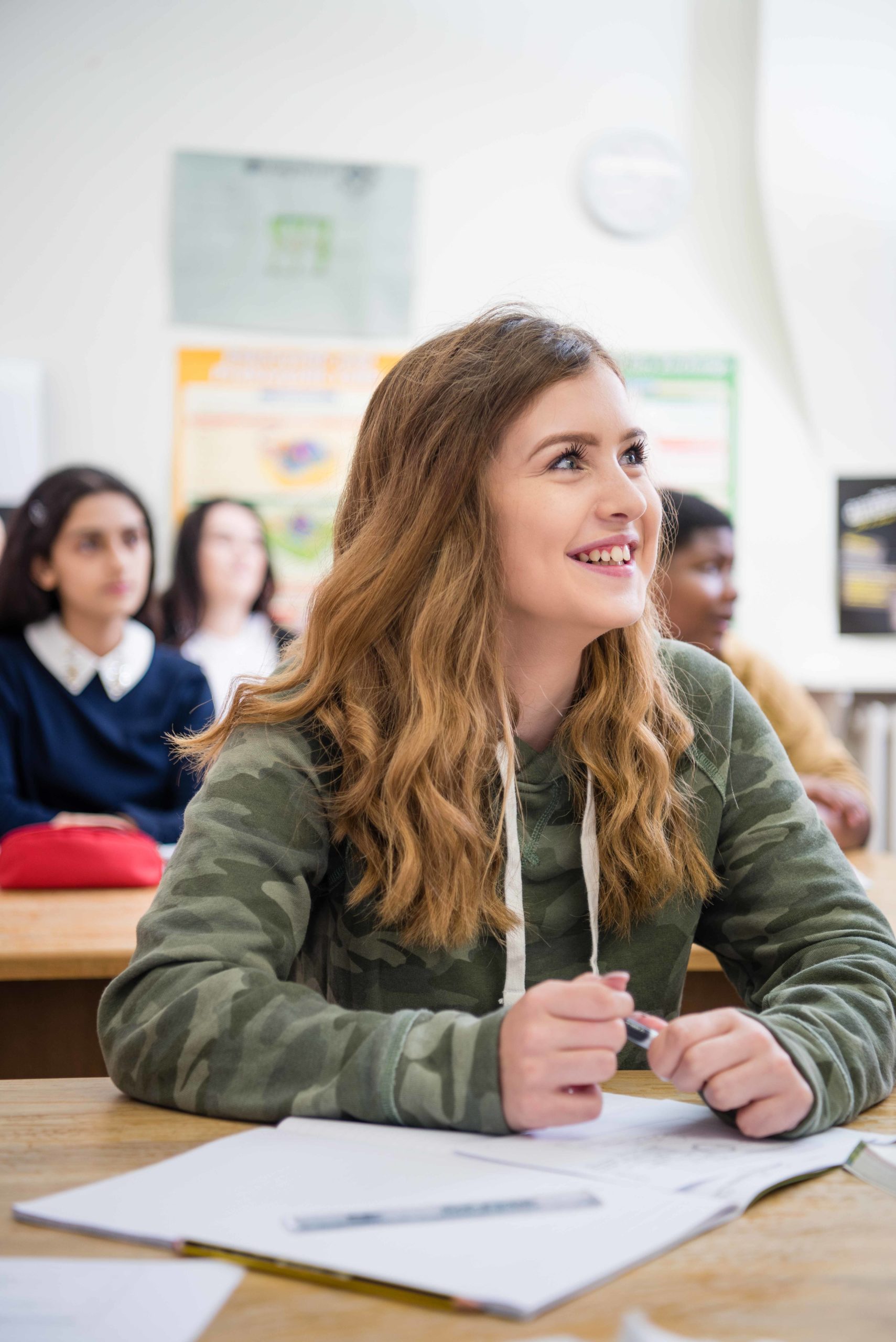 Students need to be open-minded and willing to hear and discuss the opinions of their peers in order to understand the way texts can be interpreted. The course covers a variety of texts from fiction and non-fiction novels to letters, diaries, reports and journalistic articles.

Students will need to understand the way a writer is influenced by what is happening around them, as well as the purpose and audience for the text being produced. They will develop their skills of thinking critically, reading and analysing texts closely and structuring responses. The skills acquired and developed in this subject are useful for future studies in A-level Literature, English Language, Psychology, Law and History.

The specification we follow is AQA English Language. This can be undertaken as a one or two-year course depending on the type of course being taken at Bosworth. There are two assessed examinations and one non-assessed module of spoken language where students create a presentation and respond to questions from their peers.

During the course students will look at a range of texts and textual extracts of varying lengths from both fiction and non-fiction. The texts will have been created for a variety of purposes and from a variety of different time periods. Some will have been produced by famous writers and some by unknown writers. The texts are divided into two sections:

Where does it lead?

This subject is very versatile, developing skills that are relevant in a number of different careers or Higher Education courses. These include interpretive abilities, communication, an understanding of how language works, close analysis, and the ability to construct a well-argued case.

As well as an English Literature degree itself, students of Language might go on to study for university degrees in a range of subjects including: History, Sociology, Psychology, Drama, Theatre Studies and Law.

Language is a subject that can support careers in the above areas as well as teaching, business and finance, journalism, publishing – and even politics. Employers tend to regard English Language as an ideal topic of study and one that develops essential and transferable skills.

Exploration of Creative Writing with 20th and 21st Century Texts.

Section A: Students are given one literature fiction text to read. They are given one short question, two longer questions and one extended question to answer, based on the given text.

Section B: Students need to create a piece of descriptive or narrative writing.

Section A: Students must read one non-fiction text and one literary non-fiction text. They are given one short question, two longer questions and one extended question to answer, based on the given texts.

Section B: Students need to create a piece of writing to present a particular viewpoint.