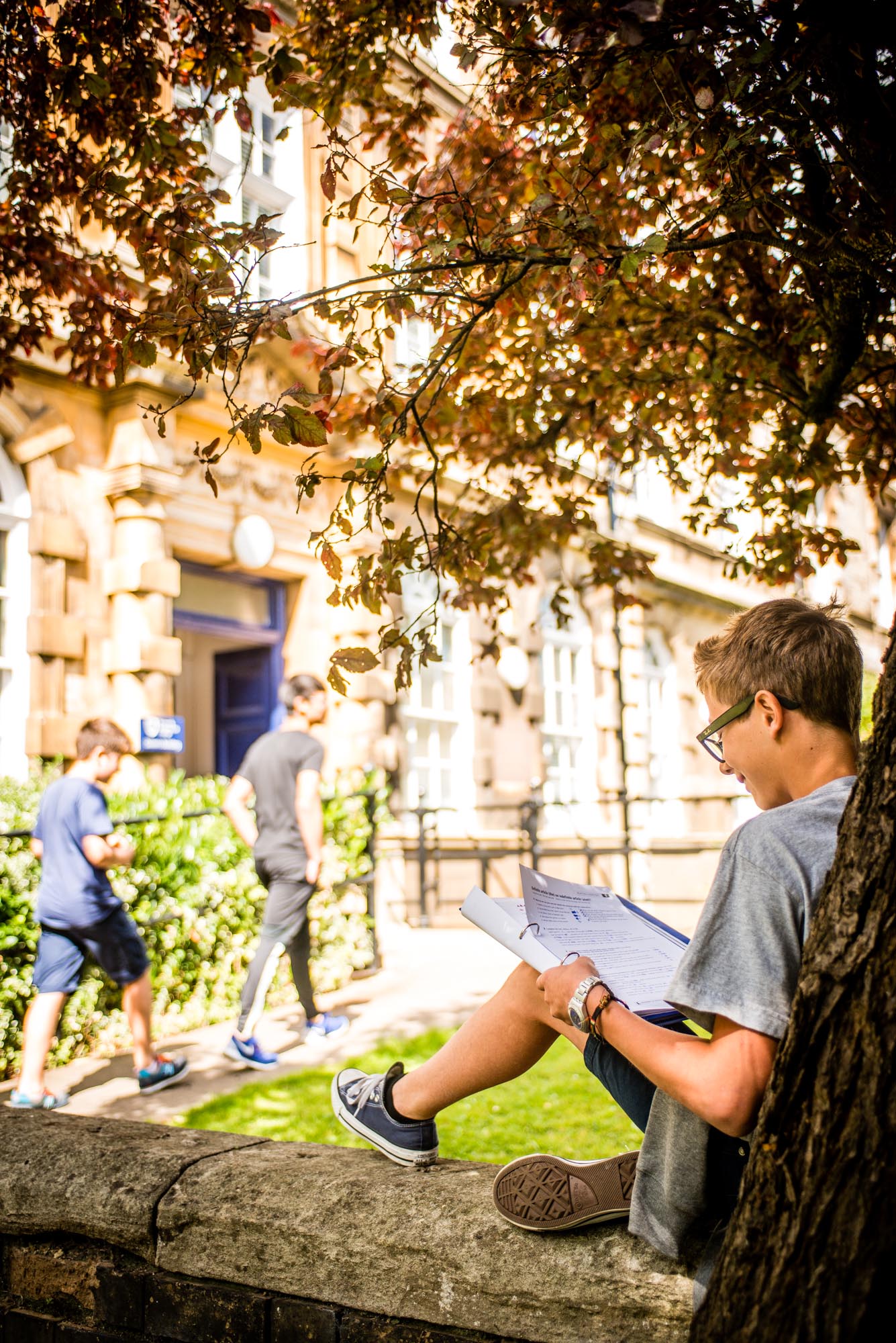 English Literature involves discussion and exploration of the key themes in all literature: love, relationships, conflict and power.

Students need to be open minded and willing to hear and discuss the opinions of their peers in order to understand the way texts can be interpreted.

The course covers a variety and range of modern and historical prose, poetry and drama texts from Shakespeare and R. L. Stevenson to Carol Ann Duffy and Imtiaz Dharker, with many more along the way.

Students will need to understand the way a writer is influenced by what is happening around them; therefore a willingness to ‘read around’ texts is essential.

Studying Literature can be challenging but it is also immensely rewarding. Students will develop the keys skills of thinking critically, reading and analysing texts closely and structuring responses. The skills acquired and developed in this subject are useful for future studies in A-level English Literature, English Language, Psychology, Law and History.

The specification we follow is AQA English Literature. This can be undertaken as a one or two-year course depending on the type of course being taken.

There are two sections to this course: Shakespeare and the 19th Century Novel; Modern Text (drama or prose) and Poetry.

Shakespeare and the 19th Century Novel: Students read and study a whole play which will be chosen by their teacher from the following selection: The Tempest, Macbeth, Romeo and Juliet, The Merchant of Venice, Julius Caesar or Much Ado About Nothing. They also need to read and study one of the following novels: The Strange Case of Dr Jekyll and Mr Hyde, A Christmas Carol, Great Expectations, Jane Eyre, Frankenstein, Pride and Prejudice, The Sign of Four.

Modern Text and Poetry: Students read one modern text, which will be either drama text or a prose text. Drama texts include: An Inspector Calls, Blood Brothers, The History Boys, DNA, The Curious Incident of the dog in the Night Time, A Taste of Honey. Prose texts include: Lord of The Flies, Telling Tales, Animal Farm, Never Let Me Go, Anita and Me, Pigeon English. Students will also study a selection of poetry from 1789 to present day. There are two clusters of 15 poems, of which students will study one of the following themes: love and relationships or power and conflict.

Where does it lead?

As well as an English Literature degree, students of Literature might go on to study for university degrees in a range of subjects including: History, Sociology, Psychology, Drama, Theatre Studies and Law.

Shakespeare and the 19th century novel.

Section A Students answer one question on the play they have studied. They are given an extract that they will write in detail about and then go on to develop their response to incorporate the whole of the play.

Section B Students answer a question on the novel they have studied. They will write in detail about an extract they are given and then expand on this to write about the novel as a whole.

Section A Students choose one of two questions on the drama or prose they have studied.

Section B Students complete a comparative question on one named poem and another poem of their choosing from the cluster they have studied from the anthology Section C Students are given one question on an unseen poem, followed by a second question that includes a second unseen poem to compare and contrast.